The non-tourist concert rooms in the Latin Quarter, with their small and unobtrusive settings, are the choice of regulars. The addresses suggested here are the dens of night owls because of their late hours: here the music starts when everything around has stopped. 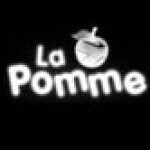 The only South African bar in the capital comes alive at night when its impressive vaulted cellar from the XIIth century, which is almost deserted in the early evening is filled with young revellers come to take a last drink in a chic gothic atmosphere. It’s a sports bar – you can see any kind of sporting event on the big screen – the Pomme d’Eve program also offers jazz, blues, folk and bossa nova concerts during the week. 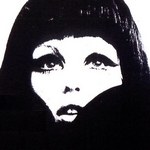 That insalubrious boozer for night birds turned into a tapas bar full of bright colours and with a hyper-managed front. Has Polly Magoo betrayed its regulars? No, the owls are still welcome at concerts (pop rock, Latin, or the French variety) on Fridays and Saturdays, which sometimes go on to 5AM. At Polly, the atmosphere is not purely studenty but the sound is good and there are talented musicians. For jazz lovers, the cocktail jazz session on Tuesday is not to be missed.